An eLearning programme which aims to improve prescribing competency and safety among specialist paediatric trainees.

It is now being used by all Paediatric Schools in England.

Free with an NHS.uk or NHS.net address.

eLearning for effective and appropriate prescribing practice
An eLearning programme which aims to improve prescribing competency and safety among specialist paediatric trainees.
Sign upLog in
 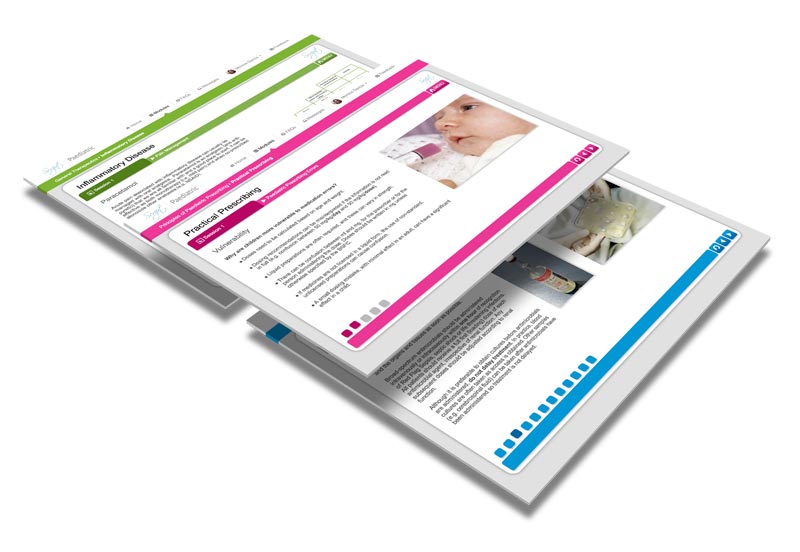 Paediatric SCRIPT is an eLearning programme, which aims to improve prescribing competency and safety among specialist paediatric trainees. It is now being used by all Paediatric Schools in England.

Launched in 2016, Paediatric SCRIPT was created by a group of paediatric trainees who had used SCRIPT during their Foundation training and felt a similar resource was required for paediatric prescribing, as studies showed that the incidence of prescribing errors in paediatric in-patients is around 13%. The development of the programme was led by junior doctors, working together with the SCRIPT team at the University of Birmingham, OCB Media Ltd, and Health Education England.

Each module takes around 30 – 60 minutes to complete. All course materials are based on the RCPCH curriculum. They have been authored by a team of expert healthcare professionals, and are regularly reviewed and updated.

Certificates are made available on completion of a module, which can be used for online learning portfolios as evidence of continuing professional development.

SCRIPT is easily accessible and intuitive to use, allowing users to complete modules at their convenience and refer back to modules at any time during their training.

The SCRIPT team offer technical and editorial support for both users and educational supervisors.

SCRIPT aligns with GMC guidance on safe prescribing and all modules are authored and regularly reviewed by expert healthcare professionals.

Compatible with NHS IT systems and mobile platforms


As evidence of completion of each module


Both technical and editorial support for both users and educators


Authored and approved by healthcare professionals
i

“It has made me more aware of interactions between various drugs and how you should be more aware and uninterrupted whilst prescribing.”

“Makes me think logically before any prescriptions.”

“I am a neonatal Grid Trainee, so the neonatal section was of most import; however, we do prescribe for all types of conditions so all the modules have helped in some way.”

Used across the UK

by Paediatric Schools in the following regions…

Principles of Prescribing in Paediatrics

We use cookies to ensure that we give you the best experience on our website. If you continue to use this site we will assume that you are happy with it.Ok